After twenty years of running, Betty quietly returns to her hometown of Arbford, thinking it a solid place to finally put down some roots. But the adage 'you can't go home again' proves true, as Betty finds that her mere presence is more than enough to disrupt the stagnant lives of everyone around her.

“In this cautionary suburban fairy tale, a big-city refugee searching for home finds herself in a nest of multiple Mikes and Pyrex-wielding vipers. With enchanting style and snort-causing wit, Grace O’Connell does casserole-studded claustrophobia like nobody’s business.”
— Jessica Westhead, author of And Also Sharks and Pulpy & Midge 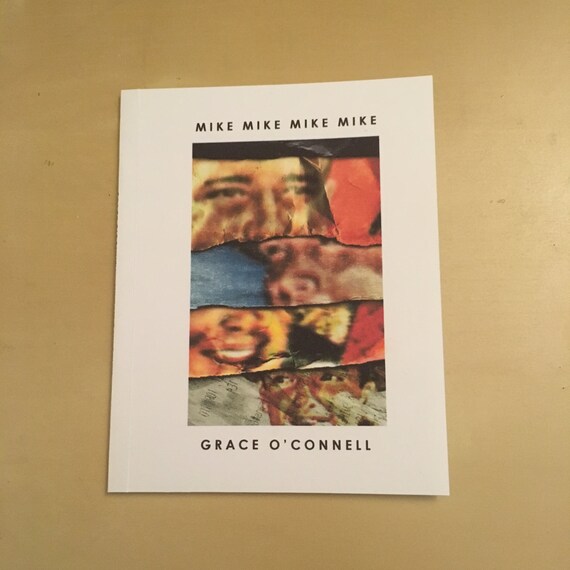 purchase in an ebook collection

BETTY HAD NOT BEEN the right type of name in the city, but when she arrived in Arbford, Betty found it was just right. There were several other Bettys in town; this was seen as a good thing. Arbford was not a town of Madisons and Mackenzies; in fact, Arbford was not a town at all, but a village, and barely that. But no one said village. Everyone said “You make the best borscht in town,” or “No one in this town’s pitched like that since Jeremy Frankel.” Betty was careful to pick up on these things, these local customs. She could remember some things, vaguely, for she herself had grown up in Arbford. But that had been more than twenty years ago, before she had packed a suitcase and run away to the city before the junior prom. She wanted to be an actress and a dancer and get away from her father, whom Betty had sensibly confirmed was dead in a pauper’s grave before she ever thought of going back. When she arrived on the bus with blond hair and a different last name, she didn’t mention that she was that Betty and let herself get shown around town as if she’d never been there, sweating in the heavy heat of early fall. No one recognized her; a disappointment and a relief.

IN THE CITY, ON her mirror at the theatre, one of the other girls had taped a sign: YOU CAN’T GO HOME AGAIN.

“Keeps me from running back with my tail between my legs,” the girl had said. She was pretty, with hound-dog eyes and pale nipples she coloured with lipstick to make them stand out.

The other girl laughed. “If wanting made things real, I’d be living in a posh hotel and eating steak every day. I’d have a nice husband with good hands and a big thing. I’d have a white horse with blue eyes and I would be able to ride him wherever I wanted, right down the middle of the goddamn street if I wanted. Wanting isn’t enough.”

And Betty had nodded, but later, she thought that she didn’t really believe that girl was right.

WHEN BETTY GOT TO Arbford, she needed a job. She had some money left over, but not much. With the money she had, she rented a little flat above a store that sold hot tubs and saunas and above-ground pools and accessories to go with it all. The store was in a plaza with three other stores and a wide, cracked parking lot. When Betty needed a job, she went downstairs to the hot tub store and said, “I need a job.”

The man who owned the store was there. He had on a short-sleeved collared shirt and a name tag that said Mike.

“I don’t really need anybody right now. Maybe one day a week. Would that work?”

“Not really. I need something full time. I live upstairs. In the apartment upstairs.”

Mike nodded. “Yeah, I recognize you. You’re Betty.” He took a pen out of his pocket and chewed thoughtfully on the end. He wasn’t an elderly man; he looked about the same age as Betty. On his temples there were handsome fans of white hair, but his moustache was brown throughout.

“Let me go see about something, Betty. You wait here.”

Putting his pen down on the counter, Mike went out the door and turned left, toward the candy store. A few minutes later Betty saw him go by in the opposite direction, toward the pet store and the little twelve-seat diner. Betty thought about picking up the pen and putting it into her own mouth.

When Mike came back he said, “Okay, here’s the deal. We’ll hire you. You can work Monday for me, Tuesday for Mike, Wednesday for Mike, Thursday for Mike, and then on Fridays, we’ll see who needs your help the most. How does that sound?”

Betty said it sounded just fine to her and thank you very much. She stood for a moment longer and then asked, “On Monday I work for you, and on Tuesday I work for Mike?”

Mike let out a big belly laugh, like a skinny Santa Claus. It made Betty wonder what he would be like when drunk.

“Guess you haven’t met too many people yet,” he said. “We’re all named Mike, all four of us in the plaza. Mike owns the candy store, Mike owns the diner, and Mike owns the pet shop. Understand?”

“Can you start tomorrow at the candy store? Mike said he could use a hand sorting through some comics and whatnot.”

That is how Betty came to work for the plaza. The stores were lined up in a row facing Main Street. Behind them was the river. Above them was Betty, walking barefoot at night, too hot to sleep.

GRACE O'CONNELL lives in Toronto. Her work has appeared in various publications including The Walrus, Taddle Creek, Quill and Quire, and EYE Weekly, and she holds an MFA in creative writing. She has taught creative writing at George Brown College and now works as a freelance writer and editor. Her first novel, Magnified World, was published in 2012 by Random House Canada.

The depredations of a corrupt local government and the ravages of a harsh prairie winter force an ostracized but self-sufficient widow to open her home to innocents with nowhere else to turn. Journey Prize finalist Seyward Goodhand's effortless storytelling allows the humanity to shine through in this grim take on a classic tale.

The Soprano
by Kayt Burgess
[dot_recommends]

When Blanche first began singing, she was humble, eager, willing to work, willing to learn. Now she is headstrong, condescending, unprofessional, and just a tiny bit full of herself. She is also the closest to genius that Antoinette, her accompanist, may ever have a chance to work with.

As a boy, Timmy (Sir Timothy Brian F. the Fantabulous) tells tall, tragic tales to get attention from the adults in his life - particular his busy mother and Dr. Bass, his nerdy-cool neighbour. As a young man, his escalating lies destroy his relationships, alienate his loved ones, and land him in hot water with police; but that doesn’t stop him from crying wolf again and again.

In the Afternoon
by Laure Baudot
[dot_recommends]

Catherine wants what Richard has: a richly decorated house, and a perfect, lavished-upon baby. Catherine also wants Richard: a disaffected diplomat whose true passion is for cinema. But Catherine is only the babysitter, and her envy—and its fallout—come to the fore when Richard is accused of a crime, and she must decide whether to help exonerate him.

“Laure Baudot’s prose is exquisite, patient, and sophisticated. In the Afternoon immerses you in the fascinating and complicated mind of a babysitter who is wise beyond her years, yet dangerously impulsive at the same time. This story is irresistible and heartbreaking.”
— Sarah Selecky, author of the 2010 Giller Prize–shortlisted collection This Cake Is for the Party

New wife and mother Julie is a woman struggling to find her place. Her dilemmas, while modest, feel harsh, and reflect the ways in which women were once denied control over their own bodies. Her first steps toward independence bring great pain—and not only to herself. With sparing, incisive prose, Cynthia Flood unravels what it meant to be a married woman in post-war era Vancouver, creating an evocative and even unsettling experience for the reader.

“With a precision of language that startles and delights, Cynthia Flood offers glimpses of those moments in which the essence of an entire life is revealed.”
— Nancy Richler, author of The Imposter Bride

“What a great story! Told in terse, restrained sentences, yet opening to a lush and radiant heart, Addresses captures the anguish of a marriage gone off the rails, and the moments of redemption that arrive from unexpected places. Flood’s use of language is uniquely her own–staccato, clean as a knife, and brilliant. Cynthia Flood has done it again.”
— Shaena Lambert, author of Radiance

“The abruptness of the title tells so much about this exquisitely drawn story by Cynthia Flood. ‘Tell the truth but tell it slant,’ Emily Dickinson advised, and that’s always been the approach Flood has preferred for her bone-china fictions, edging into them sideways. Once escorted into the story’s arrhythmic heart, we readers have no choice but to immerse ourselves in a world long gone but still very much with us, to emerge both shaken and stirred.”
— Dave Margoshes, author of A Book of Great Worth