The depredations of a corrupt local government and the ravages of a harsh prairie winter force an ostracized but self-sufficient widow to open her home to innocents with nowhere else to turn. Journey Prize finalist Seyward Goodhand's effortless storytelling allows the humanity to shine through in this grim take on a classic tale. 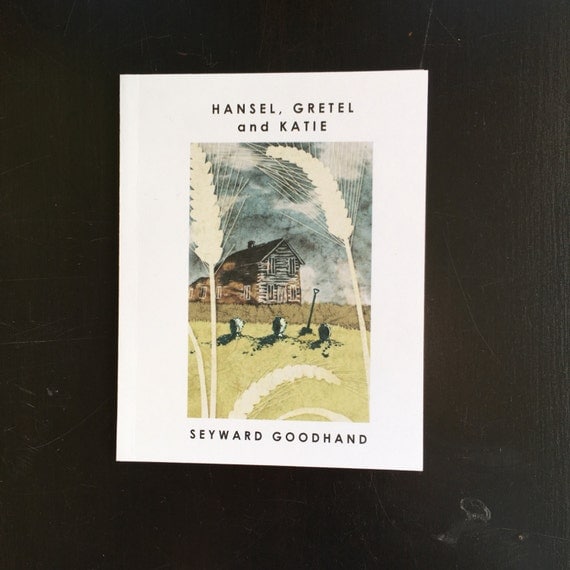 I BECAME GUARDIAN OF the Wiebe’s toddler, Katie, right before the war, in the heart of the prairies. It’s a sore, red, infected-looking mouth she’s got, one that in my moments of lift I imagine contains the terror of her family’s end like she’d gobbled it up only for she couldn’t help it, the little witch. Small as it is, it’s a mouth I have to feed.

By the time she came to me, my husband, Derek Pifer, was dead for three years. He’d fallen down a well off in the back sixty and I hadn’t gone to look for him on account of he sometimes did go for days to auction without telling me — he liked to torture me this way, imagine me trapped by worry and impotence. Me who didn’t get an allowance more than exactly what I needed to keep the house running and who couldn’t go to the bank and make a withdrawal without Derek’s co-signature. Not in our town, anyway. We followed Company rules. Fight and fret him all you want, push him down the stairs, skip his meals, swell up before him in a squall of indignation while he sits at the kitchen table hanging his head and afraid — there is no proving you’re his match, Wife, when the facts of the world are against you.

Oh, sure. I did take away that well cover. Years before he fell down it, though, so by the time he did fall I’d forgotten. Still, you can take away a well cover but you can’t make a man walk to exactly the place on the whole two hundred acres where there’s a pit. That was grace delivered me. Then the farm was mine, and suddenly I could go to the bank myself. I know it’s said: how to control a man, give him a plot of land to defend. This might have been true of me, too, were it not such a hopeless time already. I never quite believed the house might not be taken from me at any moment, didn’t feel at home in it on account of it was Derek’s inheritance, really. It was somehow thin for a house, just like he’d been thin. In any case, owning this home has not made me compliant.

By then the Company had already been coming more regular to check on our yields of corn and wheat. They weren’t yet interested in the acre of vegetables we all grew to eat and sell at market on the weekends, really it amounted to trade, all that selling and buying, zucchini for tomatoes, beans for mushrooms, broccoli for cauliflower. We all grew potatoes, onions and cabbage, but we brought them to market anyway for the city people. They’d sit on these old sawhorses around the barrel of fire Rolf Wiebe used to roast corn, playing at country on their harmonicas. What is it like to be them, I’ve always yearned to know. To walk down a sidewalk dressed in the armour of fashion, into a place where I had cause to go and others were expecting me, and I knew exactly what I needed to do and was good at it?

When the Company did take an interest in counting our vegetable yields, we got new contracts we all had to sign — or we didn’t have to, but it was illegal to sell to anyone but them. The weekend markets stopped and what became of the city people I’ll never know. I suppose some of them became the migrants who started coming through. Then children — released into the wilds, at first with something like benevolence, for it was summer — came travelling in their pup packs, ransacking our orchards and berry patches, stealing the odd chicken and bringing it back to the eldest of them who’d set up a sort of camp among the poplars, over in Mustard Woods. We’d all tacitly agreed not to shoot the little scamps, hoping things might rectify themselves when winter came, though people did grumble about their missing stock.

We told ourselves, at the end of the season, come harvest, there’d be some for us to keep just like there’d always been. True, we hadn’t seen that number drawn up in our contracts, but the Company wanted farmers, didn’t it? It wasn’t good business to have all your workers up and die, we said with a degree of self-importance. I suppose living on the prairies we didn’t know how full the world was elsewhere, didn’t share the general population’s dim, panicky impulse to purge itself. No, we were people who conserved, who stocked up. We had no idea how replaceable we were.

SEYWARD GOODHAND's fiction has appeared in PRISM International, Grain, Dragnet, Riddle Fence and SubTerrain. She has been a finalist for the Journey Prize and a National Magazine Award. She's finishing a PhD in Renaissance English Lit.

Steve has his own comic book store, a limitless supply of comic books, and all the time in the world to collect them. That should be enough. But eventually, everyone - even Steve - gets lonely. And when his time comes, he too has to learn that (eternal) life isn’t about what you spend it on - it’s about who you spend it with.

“Every time I read something by Kirsty, I think, ‘Damn her, I wish I’d written that.’ She is the kind of writer that you can’t help but read with teeth-crunching envy, broken-hearted admiration, and a realization that your own work is not half as good as you’d hoped it might be. Be forewarned writers and readers: you will never be the same.”
— Shanna Germain, finalist for the 2010 John Preston Short Fiction Award and nominee for the 2008 Pushcart Prize

Coming out of an unhappy relationship and a stint at an artist colony, Charlotte, a writer, takes a job teaching at a private ESL college. There she befriends Renata—audacious, sexy, and as changeable as Proteus. “I have a story for you,” Renata says to her one day over lunch. She doesn’t elaborate further, but Charlotte soon discovers that she has found in Renata an unexpectedly passionate and compelling subject.

“Caroline Adderson is such a graceful and intelligent writer that the work that must surely go into creating her hilarious, prismatic stories is never betrayed in the language. There is no strain on the page, not a bead of sweat. I think of her as a writer’s writer. I envy her talent and learn from her sentences. The short story, Obscure Objects, is, I’m happy to report, Adderson at her glorious best.”
— Barbara Gowdy, author of Helpless and The White Bone

Somehow There
Was More Here
by Danny Goodman
[dot_recommends]

In New York City, Ben smokes too much and sleeps with women as a way to deaden his insecurities. With every indiscretion, he fights off adulthood for one more day, until the return of an ex-lover leaves him unsure of everything. Ben’s best friend, Josh, struggles to find the good in his marriage to Maddie, even as he searches for a way to keep from losing her. Ben’s neighbor, Mrs. Aguilera, looks to make peace with those she has already lost. Gripping tightly to one another like the oddest of families, Ben and his friends embody the place in which they live: a city where everything combines, with a touch of perfect madness, into something more than the sum of its parts.

“I love this story because it’s just plain good. The characters are broken and unsure, but the love they have for each other and the humor that carries them along is genuine and lovely to behold. This story made me laugh even while it was hitting me in the gut, and I’d like nothing more than to sit down and drink a beer with everyone in it. Mr. Goodman, thank you for rocking my literary waffle.”
— Lish McBride, author of Hold Me Closer, Necromancer

June's mother is getting married and there's nothing June can do about it. Counting down the days to the wedding while trapped with a sort-of friend and unwanted family-to-be at their lakeside cottage in the Kawarthas, June searches desperately for a way to make the world - and her life - stand still.

At Georgetown University, a music student and part-time nude life model becomes involved with the first true passion of her life, a man who awakens her to the weight of experience she already possesses - as well as the ups and downs yet to come.