Henry and Gretchen's parents have just gotten divorced. To take their mind off things, their dad takes them on a road trip down the east coast of the US. Along the journey, timid, insecure Henry secretly corresponds with his mother by email, while brash, certain Gretchen floats a disturbing possibility: perhaps, on this road, as with his marriage, their dad will prove too stubborn to turn back. 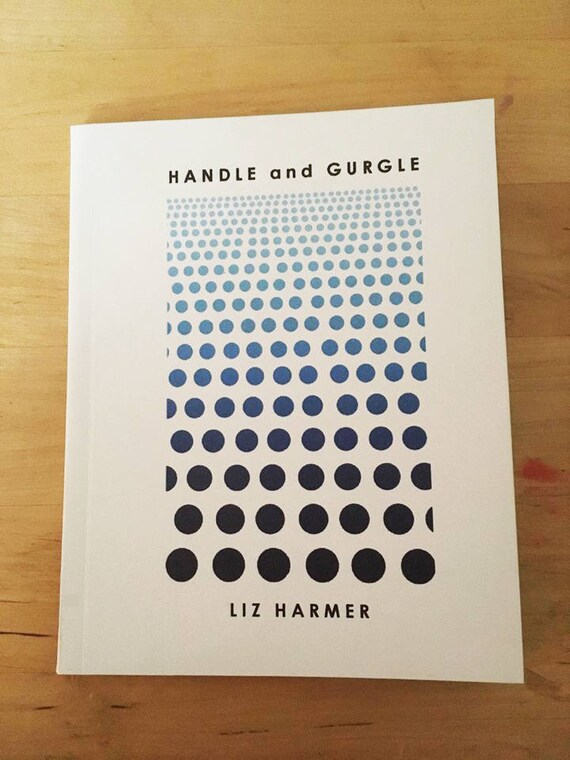 THE LITTLE BLURBS OF flab hanging on either side of Henry’s back, pinched by the elastic of his swim trunks, were called love handles — so named because they were nice to grab during sex. Henry discovered this during an online search using terms like big hunks of flab above my butt and symmetrical back fat boys men. Heart racing, he cleared the search history and wiped the keys of his dad’s laptop, which had quickly greased with his sweat. Henry was just plopping down on the floral covers on the motel bed, trying to arrange his hands casually on his belly, when Dad walked in. No knock.

The TV had been left on CNN. Henry shrugged.

“All right.” Dad put a hand through his sparser and sparser hair. The trip, now into its fifth week, had aged him. He was yellowing. The skin on his face seemed tougher somehow, less humanly soft. His ears were like costume ears, glued on. The balding was accentuated by the fact that Dad hadn’t gotten a haircut all summer. The strands had grown into long, sagging spikes of dried hay. “Hey. You know where your sister is?”

Dad sat down on the other bed, Gretchen’s bed. “You want to talk about anything?”

What Henry wanted to do was to cry, but he cried too much, too often, and it would only make his face red and splotchy, would only have him wiping his nose on his arm; these things were as bad as love handles and man boobs for making Gretchen and Dad look sadly away from him. They pitied him his shame, which only made it worse.

“So. Hey. What should we get for dinner?”

But Henry couldn’t run for the bounce of his man boobs. At least girls had the dignity of bras. He shrugged.

Dad sighed loudly. “I know this is hard, but come on. You’ve got to give me something.”

DINNER WAS ANOTHER SEAFOOD place, another dingy patio surrounded by boats bobbing in the harbor. The patio was perched on a deck, and its angle was so lopsided that they might go sliding off into the water, sinking Titanic-style.

Gretchen gave Henry the oh please look. They’d found her elsewhere in the motel, in a stranger’s room, sitting on the floor while this guy Mac played folk songs on his guitar. Mac had big sideburns, was easily twenty. Mom would have flipped, but Dad just told her quietly that it was time for dinner. She was acting strange, slow and smiley, and Henry knew she was pretending to be on drugs to impress Mac. They had x-ray vision with each other.

“No lowlights,” she claimed.

A long pause followed, and the food arrived on three plates, wafting warmth and sweetness. It had been five hours since Henry ate. That afternoon he’d resisted the lure of snack-cakes sitting boxed on the motel desk and had instead walked down to the beach arcade, tummy gurgling, love handles wobbling as he slapped at the old pinball machines.

“No highlights. No lowlights,” Henry said.

“But we’re not doing anything. Nothing’s happening,” he slurped at the straw in his diet coke. “When are we going home?”

LIZ HARMER's essays and stories have been published widely. Her debut novel, The Amateurs, is out soon with Knopf Canada.

In the Afternoon
by Laure Baudot
[dot_recommends]

Catherine wants what Richard has: a richly decorated house, and a perfect, lavished-upon baby. Catherine also wants Richard: a disaffected diplomat whose true passion is for cinema. But Catherine is only the babysitter, and her envy—and its fallout—come to the fore when Richard is accused of a crime, and she must decide whether to help exonerate him.

“Laure Baudot’s prose is exquisite, patient, and sophisticated. In the Afternoon immerses you in the fascinating and complicated mind of a babysitter who is wise beyond her years, yet dangerously impulsive at the same time. This story is irresistible and heartbreaking.”
— Sarah Selecky, author of the 2010 Giller Prize–shortlisted collection This Cake Is for the Party

The Snake Crosses
the Tracks at Midnight
by Daniel Karasik
[dot_recommends]

People grow in dimensions other than those we perceive. The teenage narrator of award-winning author Daniel Karasik’s latest story must deal with the fact that his older sister is now a grown woman, and Lucy, his crush-next-door, has become a mystery, with depths beyond his comprehension. Has he been coasting all this time, school and television his life’s only sources of momentum?

At Georgetown University, a music student and part-time nude life model becomes involved with the first true passion of her life, a man who awakens her to the weight of experience she already possesses - as well as the ups and downs yet to come.

After twenty years of running, Betty quietly returns to her hometown of Arbford, thinking it a solid place to finally put down some roots. But the adage 'you can't go home again' proves true, as Betty finds that her mere presence is more than enough to disrupt the stagnant lives of everyone around her.

“In this cautionary suburban fairy tale, a big-city refugee searching for home finds herself in a nest of multiple Mikes and Pyrex-wielding vipers. With enchanting style and snort-causing wit, Grace O’Connell does casserole-studded claustrophobia like nobody’s business.”
— Jessica Westhead, author of And Also Sharks and Pulpy & Midge

Everything Must Go
by Jeff Dupuis
[dot_recommends]

A man in the throes of a breakup is selling all of his possessions on Kijiji and Craigslist. Greg’s couch, his VHS tapes, obsolete desktop computer, and cow-shaped clock – it all must go. Between pot smoking, pizza eating, and watching Alfred Hitchcock’s Rope, he meets with would-be buyers, taking his old life apart piece by discount piece in order to figure out what went wrong.

Embark upon these twenty short, scrumptious flights of fancy from the unmistakable pen of Scott Prize-winning author Kirsty Logan, and you will be astounded, titillated, disturbed, amused, heartbroken, and above all, astonished.