A young girl who has spent her childhood enduring and covering for her mother's irresponsible and dangerous behaviour, experiences the aftermath of a terrifying night that pushes even her seemingly limitless love and loyalty. 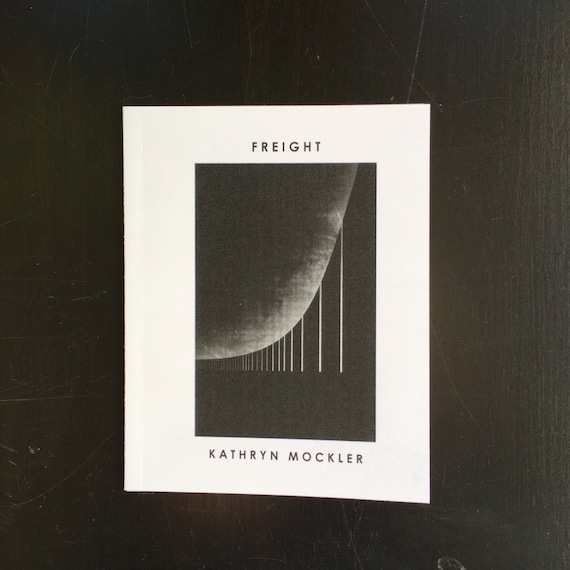 THERE ARE TRAIN TRACKS beside my grandparents’ apartment building. Every night a freight train goes by, and it wakes me up. I crawl out of bed and go to the window and watch the train. Sometimes it takes fifteen minutes to pass. Sometimes it stops on the tracks and waits an hour before moving again. And I wait too. Everything quiet and dark, the only sound my mother snoring on her side of the pullout couch.

My grandmother is the type of woman that always remembers to stand up straight and to tell others to do the same. On our yearly visits to Peterborough, I try to avoid my grandmother as much as possible. She doesn't think I’m very bright. She doesn't think my mother works enough with me, and so, in the week we spend there, she is determined to make me smarter. She brings out flash cards and makes me do spelling bees for money.

—Look, Vera, look at that. She can't add, my grandmother says. —Prue, don't count on your fingers.

I give mother “the look” until she finally says, —Leave her alone. She gets enough of that at school.

—We can't play Yahtzee, Prue, because you can't add in your head. Don't you want to be able to add?

I like being with my grandfather best. He greases his hair with Brylcreem and smells of whiskey and tobacco.

On the drive to Peterborough, my mother sips from a can of Coke that's filled with vodka. I sit in the back of the car because my mother thinks it’s safer, even though there are no seat belts.

I worry a lot on these trips. I worry that something bad will happen to my mother, and I’ll be forced to drive the car. Or else I worry that I’ll get appendicitis and that my mother won't get me to the hospital on time. Sometimes I’m sure I feel the pains, but my mother always tells me that I’m fine, that if I had appendicitis I wouldn't be able to walk.

There are things I’m not supposed to tell my grandmother like how fast my mother drives on the highway or my marks. My mother says that if my grandmother knew what they really were she would be twice as hard on me. I’m not allowed to tell my grandmother about any of my mother’s purchases like the stereo she ordered and is paying for rent-to-own, her trip to Las Vegas a few months ago, and that she got her sweat glands removed last year.

My grandparents give my mother money. They paid for her car and the dishwasher, and every year on her birthday they give her a cheque. When people give you money they expect to control you, my mother tells me.

—Then why do you take it?

—You're too thin, Vera. It's unhealthy to be that skinny, my grandmother says the minute we walk through the door.

—I like me this thin, my mother says and sits down in the big chair by the TV and lights a cigarette.

—How was the traffic? my grandfather asks. He takes a crumpled handkerchief from his pocket and blows his nose. His nose is red and looks like it’s sunburnt all the time.

—We got a late start. My mother crosses her legs and dangles her sandal on her big toe.

My grandmother pulls me aside. —How fast did your mother go on the highway?

I shrug and play dumb. —Normal I guess.

—Was it before the hundred on the speedometer or after?

—You're ten years old and don't know what a speedometer is? My grandmother sighs and walks to the kitchen. —I've cooked a roast for dinner, but it's probably dried out by now. I'm sure it's spoiled.

—It'll be fine, my mother says.

I watch my grandmother set the table with salad forks, cloth napkins, napkin rings, wine glasses, water glasses, double plates, and miniature salt and pepper shakers in front of each place setting. At home we eat TV dinners on TV tables and watch The Joker’s Wild.

After dessert my mother excuses herself to make phone calls. When she returns she announces that she is going out with her old high school friend Margaret. I follow her to the spare room where we share the pullout couch.

—I don't want to be stuck here.

—It'll be nice to spend time with your grandparents. You know, they're not going to be alive forever.

I watch my mother undress and put on deodorant. She still has scars under her arms from the sweat gland operation. The scars are long and pink. She sprays perfume on her neck and wrists and cleavage.

—Don't be late, my grandmother says. She's standing in the hallway with a dishtowel over her shoulder.

My mother ignores her.

—I said don't be late. We have a big day tomorrow, she says again.

My mother kisses me on the forehead. —Be good, she says, and heads out the door.

KATHRYN MOCKLER is a writer, poet, and screenwriter. She is the author of the poetry books The Purpose Pitch (Mansfield Press, "a stuart ross book," Spring 2015), The Saddest Place on Earth (DC Books, 2012), and Onion Man (Tightrope Books, 2011). Currently, she is the Toronto editor of Joyland: a hub for short fiction and the publisher of the online literary and arts journal The Rusty Toque. Website: http://www.kathrynmockler.com/

If You Waited Here, You Would
See Almost Everything
by Danny Goodman
[dot_recommends]

After Ray collapses on the sidewalk outside a New York coffee shop, the bittersweet vagaries of his long marriage come into focus, one heartbeat at a time. From his new vantage point, flat on his back, all their conflicts are laid out against a canvas of sky, contrasting miscommunications and infidelities against something slower, steadier, and ultimately much vaster than he ever realized.

The anarchic relationships holding together a group of teen girls - whose lines between love and hate, jealousy and loyalty, are not so much drawn as they are furiously scribbled - are put to the test at an unforgettable birthday party. This story captures all the angst and uncertainty of adolescence, with prose as sharp and jarring as a smashed kaleidoscope.

“Rarely an author comes along whose work hits you with the impact of a slap. I have had this experience with the work of Jayne Anne Phillips, with Lorrie Moore and Mary Gaitskill; most recently I have felt this on discovering the writing of Kirsty Logan. Her work is elegant, minimal, and innovative, but underlying it all is a great passion. If the world is a place where talent is recognised—in time, I believe, we may come to say her name alongside the aforementioned.”
— Ewan Morrison, author of Swung

Steve has his own comic book store, a limitless supply of comic books, and all the time in the world to collect them. That should be enough. But eventually, everyone - even Steve - gets lonely. And when his time comes, he too has to learn that (eternal) life isn’t about what you spend it on - it’s about who you spend it with.

“Every time I read something by Kirsty, I think, ‘Damn her, I wish I’d written that.’ She is the kind of writer that you can’t help but read with teeth-crunching envy, broken-hearted admiration, and a realization that your own work is not half as good as you’d hoped it might be. Be forewarned writers and readers: you will never be the same.”
— Shanna Germain, finalist for the 2010 John Preston Short Fiction Award and nominee for the 2008 Pushcart Prize

In a world terrorized by a mysterious criminal organization that recruits children as its foot soldiers, a boy reflects on the journey - steeped in a cocktail of friendship and fear - that has drawn his life past the point of no return.

In a suburb that is nowhere and everywhere, Jorgen deals with the feelings of alienation and frustration from his collapsing relationship by getting into his car, putting on Patti Smith, and searching for meaning and belonging anywhere he can — regardless of whether he is welcome or wanted.

In Our House
by the Sea
by Kirsty Logan
[dot_recommends]

Romance is candlelight on cheekbones, blurring gazes and the press of heels on strange sheets. But what happens a year later? You’re sharing bath towels and bickering over who forgot to buy a light bulb. There is beauty in a familiar hand on the nape of your neck. There is love in waking up under a shared blanket. This story is about the romance of domesticity.

“Kirsty is one of the best and brightest . . . when I read her stuff I feel like I could taste it, chew it, roll it around on my tongue, the language is so delicious and sturdy and musical. She also has a knack for getting relationships exactly right in her writing, whether between parent and child or lovers or friends.”
— Amber Sparks, Fiction Editor at Emprise Review

As a boy, Timmy (Sir Timothy Brian F. the Fantabulous) tells tall, tragic tales to get attention from the adults in his life - particular his busy mother and Dr. Bass, his nerdy-cool neighbour. As a young man, his escalating lies destroy his relationships, alienate his loved ones, and land him in hot water with police; but that doesn’t stop him from crying wolf again and again.